Article from the Irish Times of a meeting in Maryborough (now Portlaoise) in May 1880 where Richard Lalor of the Home Rule Party warned the people of the 'land sharks' - local Irish speculators who were buying up land and sitting on it till prices rose. These 'sharks' were as much the enemy of the people as the landlords...

'I would strongly advise you to combine legally for your own protection, to join the Land League societies, and to beware of the land sharks (groans).
​
There is hardly a neighbourhood in the county without one of two living near it, and if you cannot put an end to the rapacity of these human sharks, then the landlord's game is played and you may go to America or Botany Bay, and I don't think you are prepared for that.' 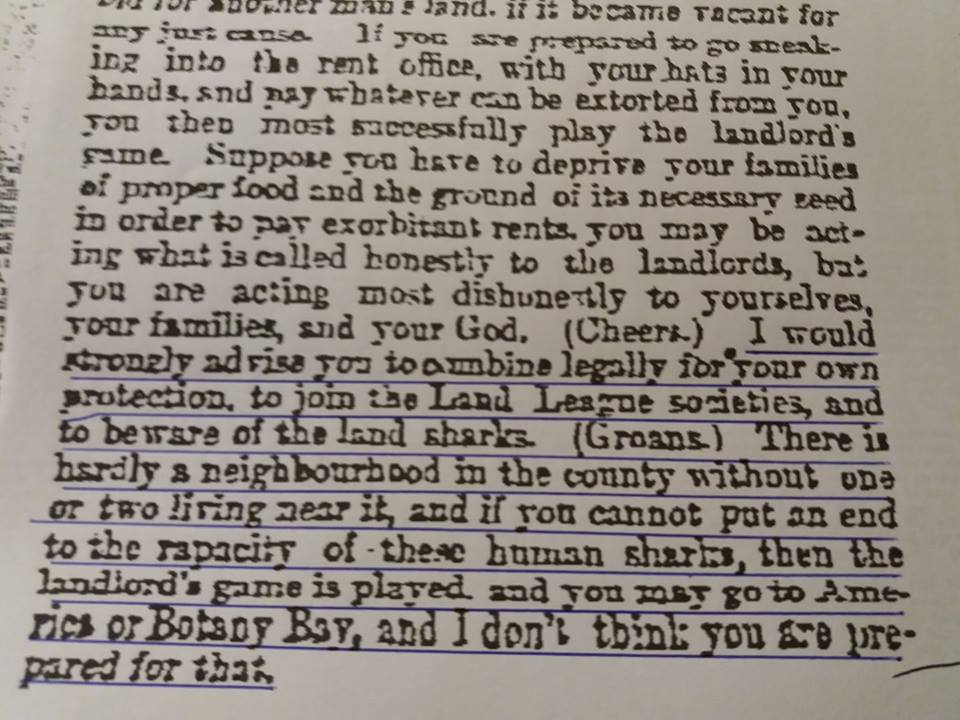 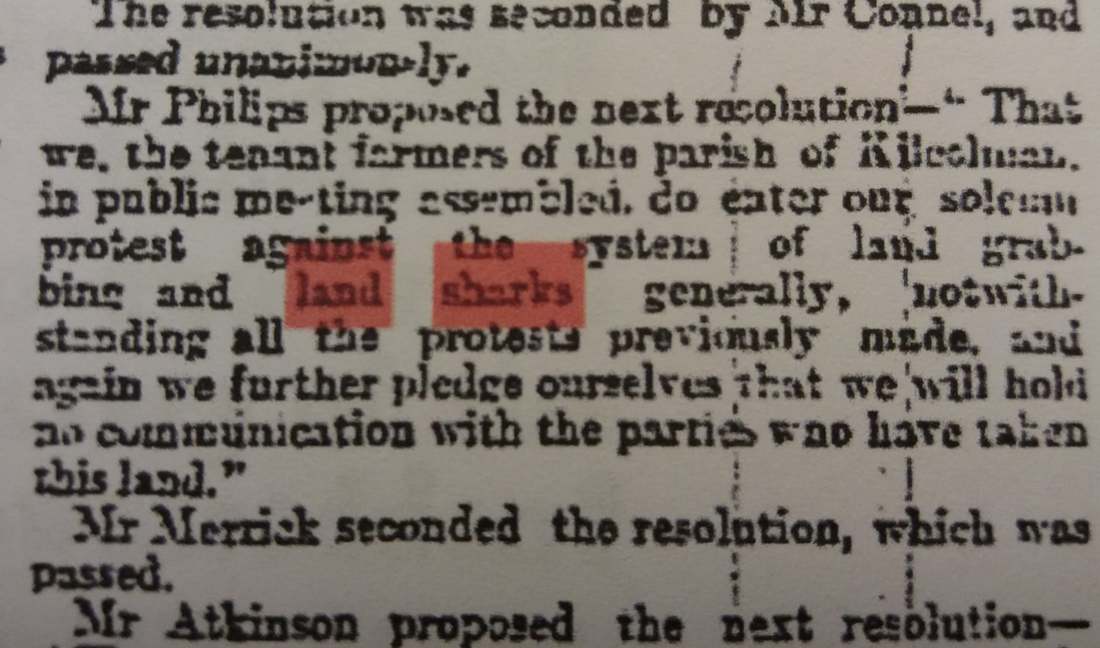 In the latter half of the 1800s, Ireland was embroiled in a period of agrarian unrest known as the Land War, in which poor tenant farmers still struggling from the aftermath of the potato famine fought against exploitative landlords.
Rent prices had risen with farming profits through the 1850s and ‘60s, but the Long Depression which began in 1873 left many tenant famers unable to pay their rent.

While organizations such as the Land League and legislation such as the Plan of Campaign aimed to provide struggling tenants with rent reduction and relief, evictions were still widespread.
​
Many evicted tenants did not give up their homes quietly. Though landlords enforced their property rights with armed police and British soldiers equipped with battering rams, tenants fortified their meager abodes with thorny barricades and fought back with boiling water, cow dung and whatever improvised weaponry they could muster.
1887
A building in Mitchelstown bears an anti-eviction banner and has its windows barricaded with brush to repel attacks.
IMAGE: NATIONAL LIBRARY OF IRELAND 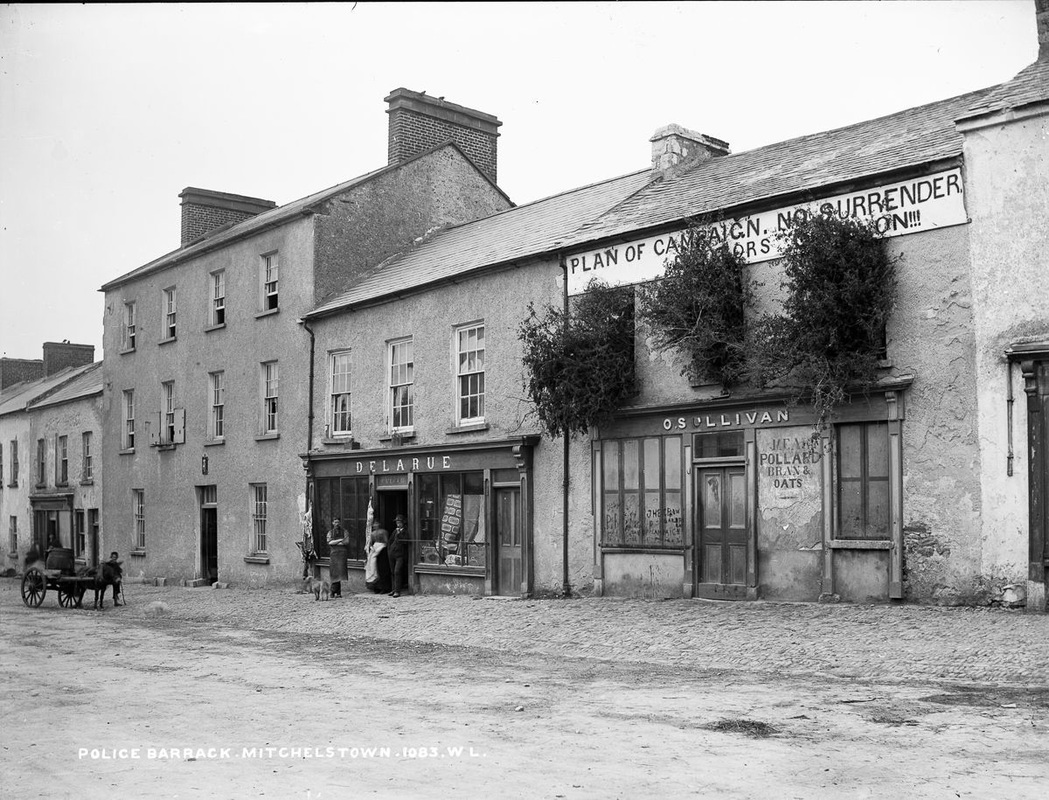 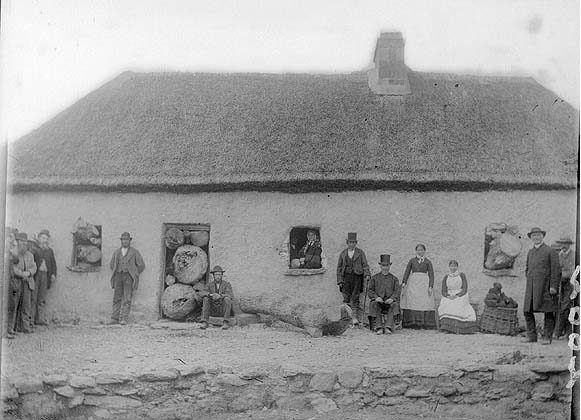 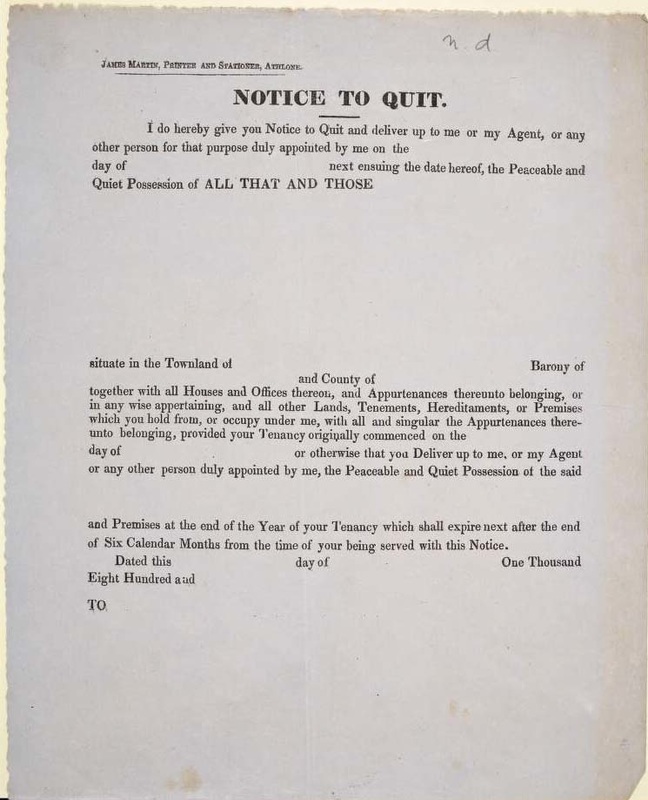 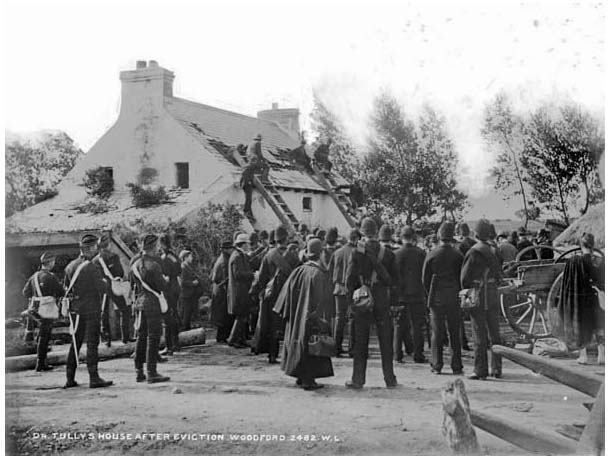 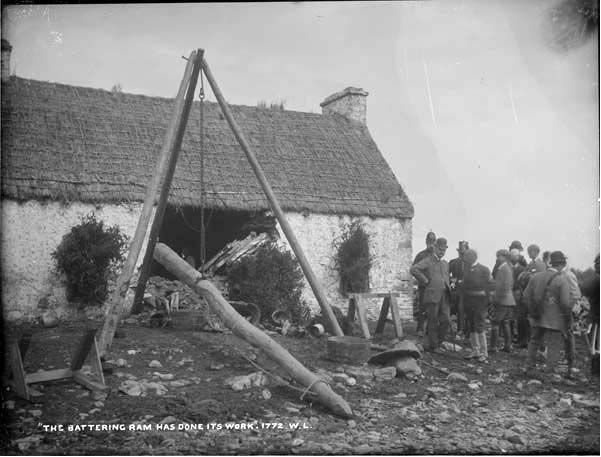 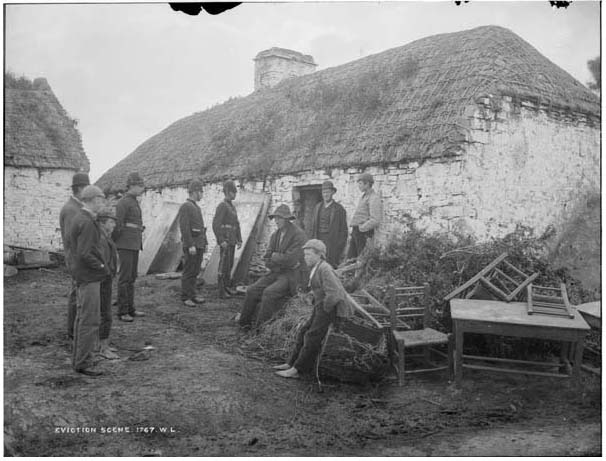 Image Courtesy of the National Library of Ireland & The Image L_ROY_01767​ from The Lawrence Photograph Collection
Courtesy of the National Library of Ireland
Album of photographs of the Coolgreany Evictions, Wexford, 1887. Among those evicted were Mr. Kavanagh and family, and others unidentified. Included are images of Fathers Farrelly and Mat Doyle, Dr. Dillon, Mr. Dan Cully and John Kelly. Also included are images of Johnstown Chapel and other unidentified priests. 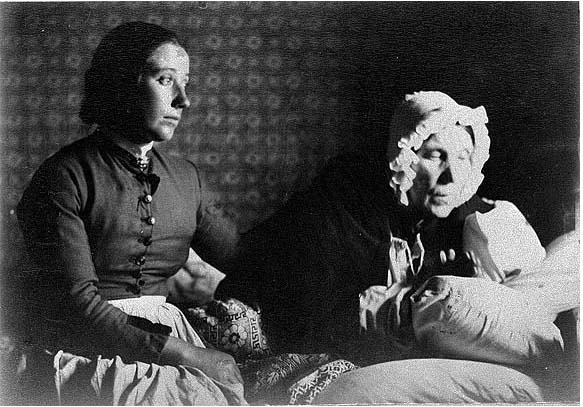 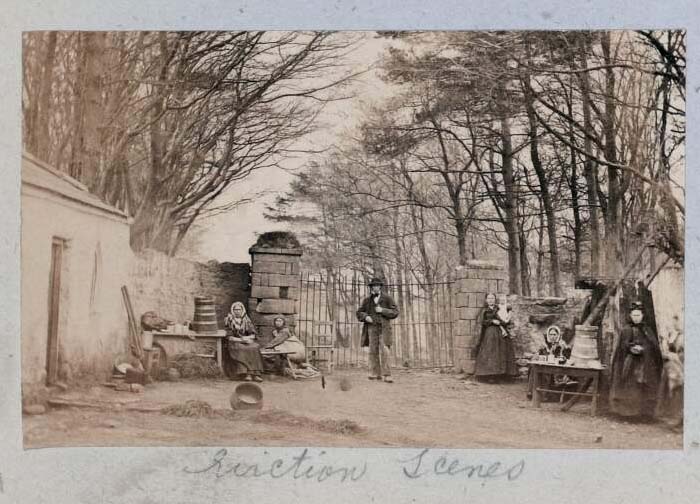