​Residents from Foley Street block of part of Talbot Street in protest for better housing, 1980. 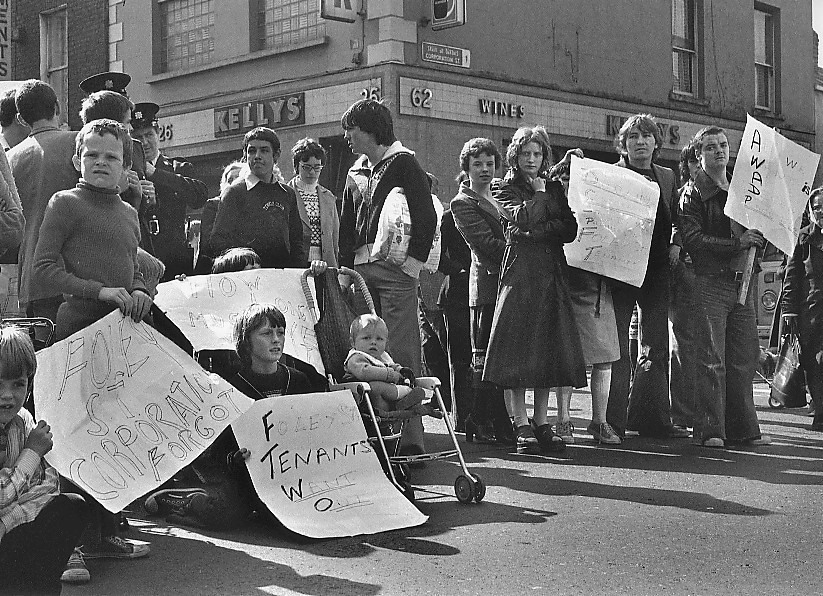 Others wanted to stay in their houses or be re-housed in the area. Many were offered by the Corporation was Ballymun, Darndale housing. Very few were offered to be re-housed in the local area. This led to street protests by the residents they began by blocking traffic on Talbot Street every Friday to highlight the plight. This led to trouble with the police who tried to force t he residence of the Street. When this happened many people from around the area joined in to help out their neighbours. Some gave in and moved out to Ballymun and Darndale housing. 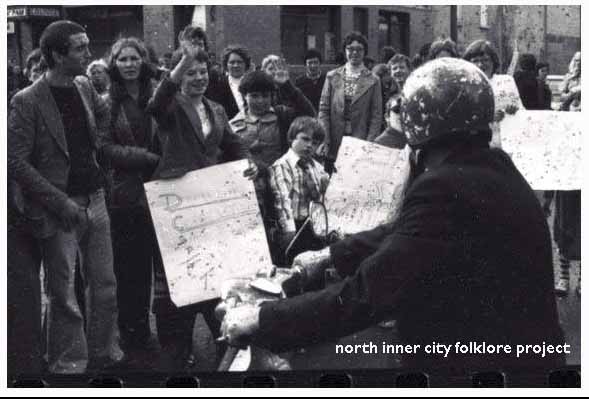 Residents from Foley Street blocking traffic on Talbot Street every Friday to highlight the plight. They want to be re-housed in the local area.
Co-archived Dublin Tenement LIFE